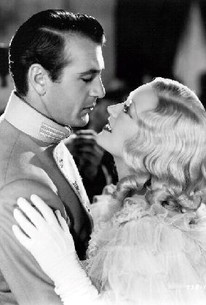 If you can accept blonde, blue-eyed Marion Davies disguising herself in blackface, chances are you'll swallow the rest of Operator 13. Davies plays a Belle Boyd-like actress who agrees to become a Northern spy during the Civil War. She assumes the identity of an octoroon servant and heads into Southern territory. Marion meets dashing Confederate captain Gary Cooper, and instantly falls in love with him. Later, she assumes the disguise of a Southern belle to prevent Cooper from recruiting Southern sympathizers in the north. This time Cooper falls for Davies, which makes it hard for her to carry out her mission. After several more reels of espionage and romantic interludes, including a gently kinky sequence in which Cooper and Davies are handcuffed together, the lovers part company, promising to meet again when the war is over.

Spy story of the Civil War. which doesn't attempt to be believable but manages to be exciting and amusing. With Marion Davies and Gary Cooper.

There are no featured audience reviews yet. Click the link below to see what others say about Operator 13!