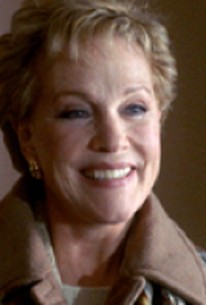 Originally aired on CBS, the made-for-TV holiday romance One Special Night brings together James Garner and Julie Andrews for their third feature together, after The Americanization of Emily and Victor/Victoria. Robert (Garner) visits his wife in the hospital, who is suffering from Alzheimer's disease. There he meets the stern Catherine (Andrews), a widowed pediatrician who spends her downtime visiting the room in the hospital where her husband died a year ago. In the middle of a raging snowstorm on Thanksgiving, Catherine offers Robert a ride and they get stuck in the snow. Taking refuge in an empty cabin, the couple get over their initial personality conflicts to engage in a meaningful dialogue.

Kerrilyn Keith
as OR Nurse

Critic Reviews for One Special Night

There are no critic reviews yet for One Special Night. Keep checking Rotten Tomatoes for updates!

Audience Reviews for One Special Night

There are no featured audience reviews yet. Click the link below to see what others say about One Special Night!