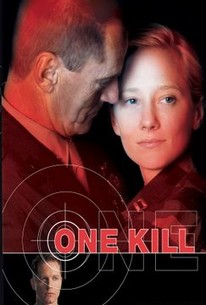 In this drama, which was based on an actual incident, a female Army captain (Anne Heche) becomes romantically involved with her superior officer (Sam Shepard). She decides to call off the affair, but he won't leave her alone. One night, he breaks into her home, and -- thinking he's a burglar -- she shoots him. He dies, and the captain finds herself court-martialed for murder. One Kill, which was produced for the Showtime premium cable network, also features Eric Stoltz as the lawyer defending the captain.

Richard Fitzpatrick
as Judge at Hearing

John Boylan
as Judge
View All

Critic Reviews for One Kill

There are no critic reviews yet for One Kill. Keep checking Rotten Tomatoes for updates!

There are no featured reviews for One Kill at this time.