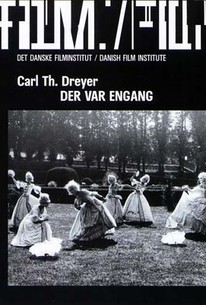 Once Upon a Time Videos

This odd, amateurish fantasy picture was apparently the first and only cinematic endeavor of Ruth Bryan Owen, daughter of lawyer and politician William Jenning Bryan. Owen wrote the story, directed, and acted in it. The cast, according to trade paper Moving Picture World, consisted of members of the Community Players of Coconut Grove, FL. The story involves a legend of "old India," in which the Shah of an Eastern province is dethroned by a corrupt subordinate. As the new ruler, his favored pastime is to put young girls to death when they cease to entertain him. The most beautiful girl of the land manages to elude him until the very end, when the Shah -- who everyone thought to be dead -- returns. He rescues the girl and all is well. Owen went onto a much more successful political career, first serving as a U.S. Representative from Florida, and then as Minister to Denmark.

Peter Jerndorff
as The King

Svend Methling
as The Prince of Denmark

Clara Pontoppidan
as The Princess of Illyria

Critic Reviews for Once Upon a Time

There are no critic reviews yet for Once Upon a Time. Keep checking Rotten Tomatoes for updates!

There are no featured reviews for Once Upon a Time at this time.

Once Upon a Time Quotes