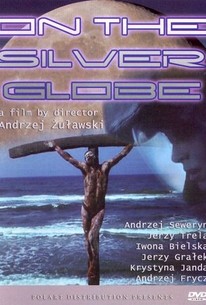 The labyrinthine plot deals with a group of space researchers who left the Earth to find freedom. Their spaceship crashes and they land on the dark side of the Moon. They all die except one and leave a lot of children who eventually turn to shamanism and fire worship. They call the last survivor the Old Man and simultaneously loathe and revere him. Finally, the Old Man retreats to the mountains, puts his video diary into a small rocket and sends it to Earth. The rocket reaches its destination and the notes fall into the hands of another group of researchers. One of them, Marek, journeys to the Old Man's planet and lands in the mountains. When he emerges from the hills, the aboriginal inhabitants mistake him for the long-awaited reincarnation of the Old Man and look to him to deliver them from the dreaded sherns -- strange, winged mutants. The making of this film in 1978 was brutally interrupted by the Polish Ministry of Culture. When about 80% of the shooting was complete, they ordered the filmmakers to destroy all related materials. This decision caused director Andrzej Zulawski to leave his homeland for France, where he spent the next ten years. During the democratization of the Polish political regime in 1986-1987, Zulawski returned to the country to finish the picture. Having lost the sets, costumes, actors, and momentum, the director chose to complete the film from the spared footage, adding a voiceover for the missing episodes and utilizing other actors to dub the original actors who were no longer available. Even in this mutilated form, the film appears as a highly ambitious, if overwrought, sci-fi epic that draws upon philosophical concepts rather than special effects.

Critic Reviews for On the Silver Globe (Na Srebrnym Globie)

150 minutes of passionate and complicated science fiction, interspersed with documentary footage of ordinary Poles going about terrestrial business in the final days of Communism.

Even out of time, even incomplete, even now that its director is gone for good, On The Silver Globe endures and its beautiful power will never dim.

It's among the most visually extravagant films ever made.

One can only imagine how influential it would have been had it been completed and released as intended.

It becomes a bleak comic spit into the face of organized religion, organized society, and even organized narrative.

Audience Reviews for On the Silver Globe (Na Srebrnym Globie)

"On the Silver Globe" starts with a native rider traveling hard over a couple of days to bring a globe that fell out of the sky to a pair of astronauts, one of whom immediately identifies it as out of date technology which does not make sense, with one possible exception. They remove its black box to play on their computer which reveals a recording of a spaceship crash with only a few survivors. Tomczak soon succumbs to his wounds, even with Marta looking over him. Soon she is pregnant. After which the baby ages quicker than normal which causes them to worry a great deal about their own fates, especially Jerzy. "On the Silver Globe" was only about 80% finished when production was abruptly halted in 1977. So, about a decade later, the remaining footage was pieced together with linking narration over contemporary scenes. The first is after the astronauts go into the hatch, then cutting to the subway which makes for a striking cutaway but there is little apparent reason for the other new footage. If that was only the strangest part of this well-photographed science fiction epic, then I would not be missing so many brain cells today. The first half makes a sort of sense and is actually decades ahead of its time in playing the found footage card which works once I got used to the unique point of view. But after that, when Marek(Andrzej Seweryn) and Jacek take center stage, the movie gets increasingly bizarre and hysterical as it goes on in exploring the effects of religion and colonialism on native peoples. And man is it long!