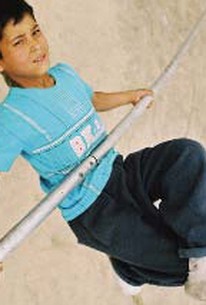 On a Tightrope Photos

Populating the vast landscapes of northwestern China, the Uighur people number more than eight million and represent China's largest Muslim minority. The descendants of a thousand-year-old culture, Uighurs today live under the control of the Chinese government. Information is strictly controlled, and news is scarce. Unsupervised contact with foreigners is severely curtailed. Within this confining context, filmmaker Petr Lom achieved the impossible; with official permission, over 18 months, he filmed an intimate story of everyday life. In a tender, touching account, four orphaned children attempt to learn the ancient Uighur tradition of tightrope walking as part of their training to earn their own living when they leave the orphanage. Like a good novel, On a Tightrope overflows with dramatic characters. There is the demanding, heartless instructor, who crushes their self-esteem. As if from nowhere, a loving former tightrope walker appears and enjoys success with the children. Throughout the ups and downs, the children persevere, struggling to survive in a world with little sympathy for their plight. When information and contact is state controlled and you can't always say what you mean, you must resort to metaphor. Through Lom's film, we see a rare and moving slice of contemporary life in one of the world's most remote places, offering a small, but significant, possibility of understanding. -- (C) Sundance Film Festival.

Critic Reviews for On a Tightrope

Lom, and the children, find balance and hope.

Competently assembled, if a little low on pizzazz.

There are no featured reviews for On a Tightrope at this time.

On a Tightrope Quotes