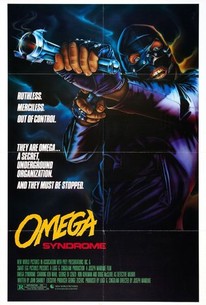 Jack Corbett (Ken Wahl) is a journalist who takes to the bottle after a series of setbacks. When his daughter Jessie (Nicole Eggert) is kidnapped during a liquor store robbery, he calls on LAPD Detective Milnor (Doug McClure) for help. When Milnor's efforts prove ineffective, Jack calls on his friend and former Vietnam veteran Phil (George DiCenzo) to seek vengeance in this routine action thriller.

There are no critic reviews yet for Omega Syndrome. Keep checking Rotten Tomatoes for updates!

There are no featured audience reviews yet. Click the link below to see what others say about Omega Syndrome!