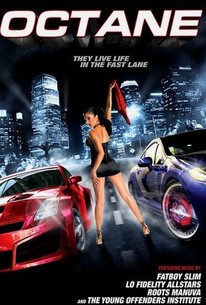 A Brighton bad boy discovers the thrill of the race, leading him on an explosive collision course with a longtime rival. Brent Black lives in one of the roughest parts of town, and spends most days looking after his alcoholic father and younger brother. About a year ago, Brent purchased a Ford Capri for fifty quid, and ever since then he's been under the hood tinkering away. Now he's got the fastest, meanest Capri in the country, and as a result he's become the default leader of the coolest racing gang in Brighton. But as winter closes in, a new challenge appears: The Bling London Boy Racers fear no road, and they drive like they're headed straight to hell. They think they can leave Brent's seasoned crew of asphalt shredders in the dust, but just one week before the big race everything starts to fall apart. His garage burnt to the ground and his car destroyed, Brent contemplates what it will take to win the race while falling for Ophelia James, a gorgeous, posh punk angel who's addicted to danger. ~ Jason Buchanan, Rovi

There are no critic reviews yet for Octane. Keep checking Rotten Tomatoes for updates!

There are no featured audience reviews yet. Click the link below to see what others say about Octane!