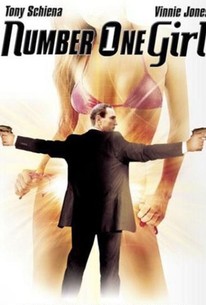 The Number One Girl Photos

An international beauty pageant sets the stage for a fierce fight between Hollywood's biggest action star and a vengeful Mafia godfather in director Luc Campeau's pulse-pounding tale of beauty and broken bones. Undefeated full-contact martial arts champion Joey Scalini (Tony Schiena) has taken Tinseltown by storm, but when his life-long friend and London mob heavy Dragos Molnar (Vinnie Jones) requests that Joey serve as guest judge on a televised beauty pageant hosted by the popular Mr. Sakata (Pat Morita), Joey agrees to take a brief detour to the small screen. Despite Dragos' dire warnings to stay away from the top four contestants, Joey finds his ability to abide by the rules wavering when he is irresistibly drawn to beautiful pageant hopeful Tatiana (Lisa McAllister). Upon discovering that his old friend has willfully gone against his clear and concise demands, Dragos determines to teach Joey a painful lesson in loyalty as a nation of stunned television viewers looks on.

Critic Reviews for The Number One Girl

There are no critic reviews yet for The Number One Girl. Keep checking Rotten Tomatoes for updates!

Audience Reviews for The Number One Girl

Decent drama/ganster would be more suitable for 'crime drama' night on Television and more suited to a generation thats not interested in high tech Hollywood wizardry. Its a bit like days of our lives meets Steven Seagal.

The Number One Girl Quotes