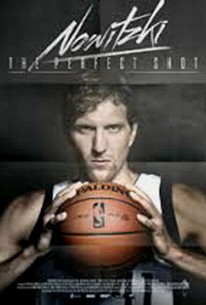 Thirteen time All-Star, League MVP, Finals MVP, NBA Superstar Dirk Nowitzki is one of the greatest and most famous athletes of all time as the first non-American to lead his team to a NBA victory. NOWITZKI. THE PERFECT SHOT was produced by Emmy (R) Award-winning filmmaker Leopold Hoesch and features exclusive NBA footage and interviews with NBA legends such as Dirk Nowitzki, Kobe Bryant, Yao Ming, Steve Nash, Michael Finley, Jason Kidd, Rick Carlisle, Mark Cuban, David Stern, Don Nelson and former German Chancellor Helmut Schmidt covering the incredible success story of Dirk Nowitzki, from second league German basketball to one of the top athletes of the NBA. It's the story of the fascinating relationship between Dirk Nowitzki and his personal coach and mentor Holger Geschwindner. Holger, the German basketball legend and scientist recognized Nowitzki's talent early on and helped Nowitzki invent a perfect jump shot: German engineering meets NBA basketball. It is also a film about Dirk Nowitzki and billionaire Mark Cuban's Dallas Mavericks and how they became who they top team they are today. NOWITZKI: THE PERFECT SHOT is ultimately a film about friendship, what it really takes to fulfill your dreams and the indestructible desire to win. (C) Magnolia

It's a tale of a guy who works really hard to be good at basketball, and who everybody seems to really like. And that's all it needs to be.

The Perfect Shot might not be the perfect movie, but it's still a worthy profile of the defining Dallas sports star of this generation.

Inspiring docu on NBA star has some salty language.

For such a rah-rah career-capping fist bump, The Perfect Shot offers enough surprises, insights and revelations to be more than just a Sports Center highlight reel.

There are no featured audience reviews yet. Click the link below to see what others say about Nowitzki: The Perfect Shot!