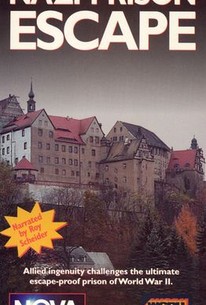 When some of the greatest military minds of World War II were imprisoned in a German camp, escape was inevitable. Colditz Castle was the staging arena for the most daring attempts at freedom. This video documents the often outrageous and always courageous flights in Nova: Nazi Prison Escape. Using handmade tools, uniforms, and even an airplane, prisoners from all over the world put their military know-how to the test. One tried to impersonate a German guard and was caught, while another climbed over broken glass to breach the outer walls and escaped. Overall, 300 men took flight during the prison's five-year existence. The video shows how Colditz was perhaps the finest example of cooperation among men in the midst of a world crisis.

There are no critic reviews yet for NOVA. Keep checking Rotten Tomatoes for updates!

There are no featured reviews for NOVA at this time.