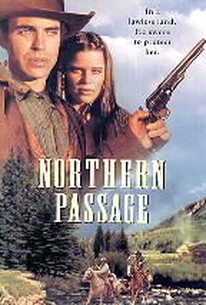 This made-for-TV drama, based on a historical novel by James Oliver Curwood, concerns Nepeese (Neve Campbell), a young woman whose mother was an Canadian Indian and father was a white American. Caught between two cultures but fully embraced by neither, Nepeese finds strength and companionship when she befriends Baree, a half-wolf, half-dog. Both Nepeese and Baree find themselves in jeopardy when they encounter Taggart (Lorne Brass), a ruthless trapper who makes no secret of his desire for Baree's pelt and Nepeese's body. However, they both find a champion in Paul (Jeff Fahey), a naturalist who protects Baree from hunters and wins the beautiful Nepeese's heart.

There are no critic reviews yet for Northern Passage. Keep checking Rotten Tomatoes for updates!

There are no featured reviews for Northern Passage at this time.