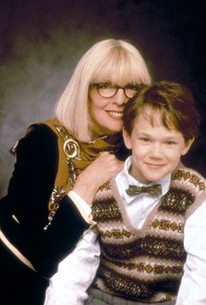 Adapted by John Robert Hoffman from his own play, the made-for-TV Northern Lights stars Diane Keaton as Roberta Blumstein, a high-strung New Yorker whose well-ordered lifestyle is set on its ear with the arrival of a child. No, not Roberta's child, but the son of her recently deceased brother Frank. The kid's name is Jack, and he is no more fond of Roberta than she is of him--at least, not at first. Gradually, however, the two lost souls come to find each other in the most unlikeliest of places: A quaint New England community that Roberta would under normal circumstances have never been caught dead in. Although the original play was a one-character monologue, the TV version features scores of eccentric and lovable supporting characters--among them one Joe Scarlotti, played by author Hoffman, and Ben Rubadue, portrayed by Maury Chaykin, the star of the Diane Keaton-directed theatrical feature Unstrung Heroes. Produced for the Disney Channel, Northern Lights was originally telecast on August 23, 1997.

Phillip Hazel
as Skipper
View All

The premise--life-weary adults find redemption through an innocent child--is oh-so-familiar, but there's offbeat pleasure in the execution, due mostly to performances by [Diane] Keaton and her standout co-star, Maury Chaykin.

The telefilm's wit, charm and innocence overcome any awkward passages, and the dialogue's clean and purposeful.

There are no featured audience reviews yet. Click the link below to see what others say about Northern Lights!