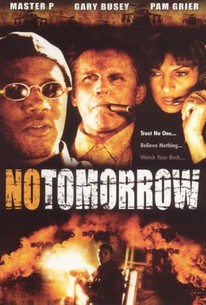 Rap star Master P directed and stars in this action drama. Maker (Master P), a hip-hop music mogul and crime boss, helps broker a deal between Noah (Gary Busey), a major dealer in illegal arms, and a consortium of extremist groups. However, Maker was cut out of the loop at the last minute and he's eager to get revenge -- and his piece of the action. He initially uses Davis (Jeff Fahey), an employee of a shipping company, to send his merchandise around the world, but when the company upgrades to computer-based tracking, he brings in Jason (Gary Davis), a digital-savvy workaholic trying to wipe out the memory of his first wife. Jason earns a big cut of Davis's profits, and is introduced to his world of fast times and loose women, including Laura (Jodi Bianca Wise), a sweet but streetwise hooker. Unknown to the others, FBI Agent Diane (Pam Grier) is watching Noah's deal in order to put him and his crew behind bars, but she doesn't realize that several of the players have hidden agendas. No Tomorrow also features a cameo by singer Jerry Vale.

Michael Grenne
as Blake
View All

News & Interviews for No Tomorrow

View All No Tomorrow News

Critic Reviews for No Tomorrow

There are no critic reviews yet for No Tomorrow. Keep checking Rotten Tomatoes for updates!

There are no featured reviews for No Tomorrow at this time.