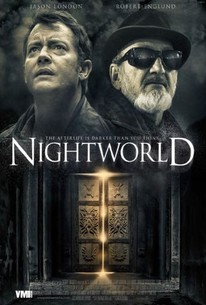 A former LAPD officer encounters frequent disturbing events while guarding an old apartment complex. His search for the unknown leads him to an evil being within the building.

Todor Dotsev
as Father
View All

While subtle, moody horror films can be great, without something solid to coalesce around, eventually the atmosphere dissipates.

Dull script, flat performances, a horror tale that fails to frighten or make us believe anybody has a stake in what happens.

Nightworld conjures the spirits of many other stories to tell its own. It's an uncanny amalgam which, though pointedly derivative, to an extent confounds through the sheer multitude of its influences, & takes full advantage of very atmospheric sets.