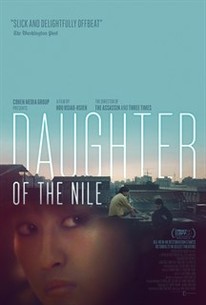 One glance at the 1989 Daughter of the Nile will convince the viewer that this is not the cheapjack 1969 American TV movie of the same name. Instead, this is a compelling Taiwanese drama about a wistful schoolgirl (Yang Lin) who is peripherally involved in a teen-aged crime ring. She escapes from the harshness of her surrounding reality by reading her favorite comic book, Daughter of the Nile. Despite its inherent whimsical nature, the film is a straight-on look at urban decay in modern Taiwan. Daughter of the Nile was originally released as Nilouhe Nuer. ~ Hal Erickson, Rovi

It's a quintessential modern family tragedy we walk into like uninvited and invisible guests.

The film, a gorgeous exploration of life on the margins of Taipei society, doesn't have much in the way of a propulsive plot, but it makes up for that with rich atmosphere and characters that feel so real, you'll swear you just saw them walk by.

Daughter of the Nile represents something special: the kind of modestly crafted masterpiece a director makes just before he comes into recognition of his own stature.

[Hou Hsia-hsein's] observation of the fading, if garish, Taipei of the 1980s through the eyes of an as-yet-unformed young woman who has suffered tragedy and expects to suffer more endows the film with special poignancy.

Its inscrutability is essential to its power as narrative and its beauty as cinema.

There are no featured audience reviews yet. Click the link below to see what others say about Daughter of the Nile (Ni luo he nu er)!

Daughter of the Nile (Ni luo he nu er) Quotes