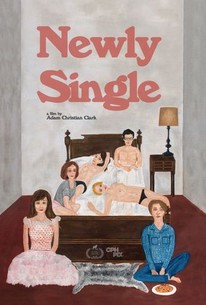 American filmmaker Adam Christian Clark directs and stars in this jet black comedy centered around the Los Angeles dating scene, as a self-obsessed filmmaker finds himself on the market once again. The film is a darkly funny and sometimes brutal exercise. While the film is reminiscent of great American cinema of the 1970's with a somewhat staccato structure made up of disparate moments, this is still a thoroughly modern affair replete with some graphic sexuality and an often harsh takedown on modern views of dating.

Amid the familiar personality quirks, airy loft setting, glowing cinematography and orchestral score, the toxicity of Astor's narcissism and frustration leaps out.

Sadly, what could have been the next Tiny Furniture gets so wrapped up in its own narcissism that it falls flat with a dull thud.

A brilliant take on narcissism and a total lack of self-awareness.

Caustic, cynical and clever, this funny takedown of the LA dating scene is a richly satisfying indie gem.

A dark and somewhat bitter dramedy, director-writer-star Adam Christian Clark's Newly Single is a punchy character piece that really draws you into its orbit.

It's a superb combination of writing, directing and acting. And each of the costars brings an equally messy personality to his or her character.

Clark seems to have enough of a critical eye to look at the various shortcomings of Astor, and unapologetically portray the character as the jerk that he really is. Perhaps one day Astor will be as good of a director as Clark has shown himself to be.

A powerful piece of work, as darkly hilarious as it is bleak.

There are no featured audience reviews yet. Click the link below to see what others say about Newly Single!