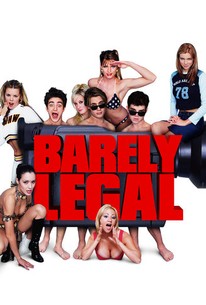 Mark Gibbon
as Bouncer No. 1

Lucas McCann
as Guy No. 2
View All

Lacks even the urge to find a sparkling angle on an overdone subgenre.

Tom Arnold plays Deacon's dad -- his presence really tells you everything you need to know about the film.

a movie i turned to on comedy central on a saturday afternoon while doing chores around the house. aside from one or two witty moments it was a virtual train wreck.

TOTALLY HOT and FUNNY in sex teen comedy that makes me laugh so much. While my mouth opened onto one of beautiful and nude strippers, Sarah-Jane Potts.