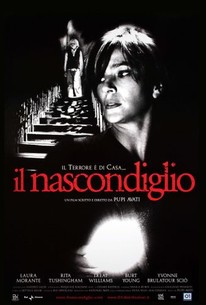 A woman making her way back to sanity finds herself living in a house with a history of madness in this thriller. Lei (Laura Morante) is a woman who has spent fifteen years in a mental hospital; eager to start her life over again, she's decided to put her life's savings into opening a restaurant. Muller (Burt Young) is a real estate agent who tells Lei he has the perfect location for her eatery -- Snakes Hall, a large mansion in Davenport, Iowa that's been vacant for several years and can he had for a reasonable price. Lei buys Snakes Hall, but it's not long before she begins hearing strange noises late at night, and a priest (Treat Williams) warns her that the mansion has a terrible past and she should get out while she can. Lei ignores the warnings, but Paula (Rita Tushingham), a local historian, also insists that evil dwells in Snakes Hall. Lei discovers that the mansion was once a home for the disturbed run by a iron-willed nun (Angela Goodwin), and one night three patients were killed while another two disappeared under mysterious circumstances. Do the ghosts of the murdered women walk the passages of Snakes Hall? Il Nascondiglio (aka The Hideout) also stars Peter Soderberg and Yvonne Brulatour Scio.

There are no critic reviews yet for Il Nascondiglio (The Hideout). Keep checking Rotten Tomatoes for updates!

There are no featured reviews for Il Nascondiglio (The Hideout) at this time.