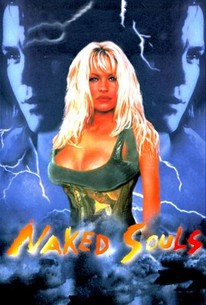 In this thriller, a handsome young scientist thinks he has the opportunity of a lifetime when an elderly experimenter offers to fund and provide a lab for his thought-transference experiments. The younger scientist is working with the memories of dead serial killers. The elder wants to swap intelligence with him. During the transference something goes wrong and the young scientist ends up with the personality of a serial killer, something his unsuspecting girlfriend fails to notice until it is almost too late.

Chantel King
as Woman in Bath

Jackie Brune
as Woman in Car

Seana Ryan
as Woman in Pool

Keita
as Woman in Doorway
View All

There are no critic reviews yet for Naked Souls. Keep checking Rotten Tomatoes for updates!

Hmmm... what was the point with this movie? All I could get from this movie was the fact that it was about Pam showing off her good looks. This movie was no good but I can imagine that guys would like this movie because you get to se Pamela Anderson nude. I won't watch this movie again because it was very boring.