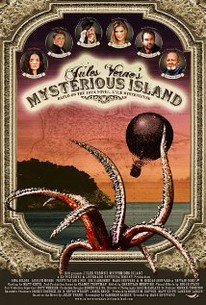 As famine and death ravage Richmond, Va., five northern Civil War POWs plan a daring escape by hijacking a hot air balloon. Drifting through the night, they wake to find themselves marooned on a desert island - but they're not alone. Littered with wreckage, the island is home to a cast of survivors who have been lost in space and time. Forced to defend themselves against vicious pirates, terrifying creatures and a volcano that's ready to blow, they must find a way to survive. But will they make it before the island claims them all forever?

There are no critic reviews yet for Mysterious Island. Keep checking Rotten Tomatoes for updates!

There are no featured audience reviews yet. Click the link below to see what others say about Mysterious Island!