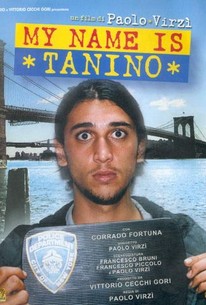 My Name is Tanino Photos

A young, clue-free Italian finds and eludes trouble on numerous occasions as he journeys to and through America in director Paolo Virzi's 2001 comedy My Name Is Tanino. Naïve optimist Tanino (Corrado Fortuna) gets romantically involved with an American tourist named Sally (Rachel McAdams), who happens to visit his hometown one fateful summer. After Sally's vacation ends, Tanino decides to follow her to the U.S. -- not realizing that Sally's interest in him ended when her vacation ended. Upon arriving in America, Tanino learns the truth about Sally -- while being mistaken by Sally's father for his wife's lover. Beating a hasty retreat, Tanino takes refuge with an Italian-American family he encountered on his trip to the U.S., only to just as quickly find himself affianced to a corrupt politician's daughter. Forced to escape once more, Tanino heads to New York City, which prompts the young man to follow his dream of meeting film director Chinawsky (Don Franks) and maybe study with him if the reclusive filmmaker will allow it.

Marina Orsini
as Giuliana
View All

Critic Reviews for My Name is Tanino

There are no critic reviews yet for My Name is Tanino. Keep checking Rotten Tomatoes for updates!

There are no featured reviews for My Name is Tanino at this time.

My Name is Tanino Quotes