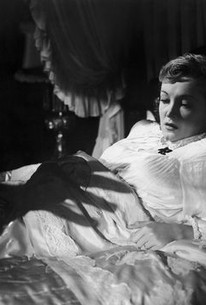 My Name Is Julia Ross Photos

My Name Is Julia Ross is the first film noir made by Joseph H. Lewis. Though made on a low-budget, the film contains a nice brooding atmosphere and some innovative camera work to tell the tightly woven story of Julia Ross, an unemployed woman who in desperation takes a job as the personal secretary to a socially prominent matron. On her first day, she meets the woman's son. Though his face is terribly scarred, he seems a charming fellow as he shows her around the mansion and into her room. Later he brings her supper. She eats and falls into a deep sleep. When she groggily reawakens, the woman finds herself in a completely different house wearing new clothing. To make matters worse, everyone assumes she is the wife of her boss's son. The son also tells her that they are married and that she has just been released from a mental asylum. She tries to leave, but finds the outside of the mansion surrounded by thick, high walls and locked with an immovable iron gate. Laura is occasionally allowed to visit it town and one day manages to surreptitiously slip a letter to her boy friend begging for help in the mail. Back in the mansion, she learns that the family are planning to murder her and make it look like suicide to cover up the fact that the son killed his real wife.

Dame May Whitty
as Mrs. Hughes

Milton A. Owen
as Policeman

Charles McNaughton
as Gatekeeper
View All

Critic Reviews for My Name Is Julia Ross

Joseph H. Lewis directed for pace, and he achieves it all the way.

While Joseph Lewis, the director, succeeds in creating an effectively ominous atmosphere, he has not been as adept in handling the players, and that, we suspect, is why My Name Is Julia Ross misses the mark.

Julia Ross remains an interesting exercise in American expressionism, despite its incidental incoherencies.

The film's tension stems not from whether or not Julia will ultimately believe the lies, but how she will manage to extricate herself from her situation. Far from a passive waif, she remains in control of herself throughout.

[Director Joseph H. Lewis'] approach to this material elevates a B picture to new heights.

One of the incontestable B movie classics. [Full review in Spanish]

What My Name is Julia Ross concedes in atmosphere to its forebearer it gains in taut, unfussy storytelling.

Feels incredibly fresh and immediate today, and terrifying to boot.

An excellent and extremely efficient take on the gaslight subgenre.

Lewis's direction is clean and tight without ever looking shoddy. It feels leisurely and opulent, rather than a quickie from poverty row.

Audience Reviews for My Name Is Julia Ross

Interesting little British film about a woman kidnapped by a old lady and her psychotic son. At times very suspenseful, but gets a little hokey at the end. Good acting all around and George Macready is great as a knife wielding bad tempered maniac. It's a good story, but the film is just a hour and 10 minutes and at times a little rushed.

My Name Is Julia Ross Quotes