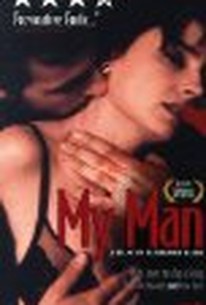 A successful prostitute attempts to fashion a homeless man into her ideal pimp in this unconventional, darkly humorous French drama. Marie (Anouk Grinberg) has no real need for a pimp, being a self-reliant, unabashed woman so fond of her job as a hooker that she is able to convince strangers to try it themselves. Indeed, her financial success allows her to take care of Jeannot (Gérard Lanvin), an impoverished vagrant whom she finds on the streets. She provides him with a bath and a place to sleep, and the two rapidly become lovers. Nevertheless, Marie is soon imploring Jeannot to act as her pimp, begging him to slap her around and take her money. He takes to his new role and soon decides to talk a manicurist (Valeria Bruni Tedeschi) into becoming the next member of his stable. The newcomer's inexperience proves to be his downfall, however, as the manicurist lands him in trouble with the law. Director Bertrand Blier attempts to create a controversial look at sexuality by combining black comedy with scenes of smoky sensuality, though many critics found the central premise and the presentation of Marie's contradictory, masochistic character too unconvincing for the film to be fully successful. ~ Judd Blaise, Rovi

Mathieu Kassovitz
as The first client

Jean-Pierre Darroussin
as Gilberte the client

The film drifts away into developments, fantasies, whimsy and conceit.

Multilateral in its capacity to surprise, affront and delight in equal measure.

A lifeless satire on the foibles of mankind.

There are no featured reviews for My man (Mon homme) at this time.