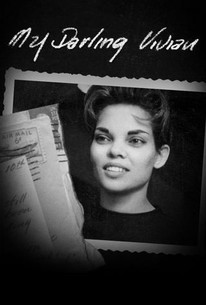 Critics Consensus: My Darling Vivian adds an overdue corrective to the public story of Johnny Cash's private life -- and a strong testament to the woman at its center.

Critics Consensus: My Darling Vivian adds an overdue corrective to the public story of Johnny Cash's private life -- and a strong testament to the woman at its center.

Critic Consensus: My Darling Vivian adds an overdue corrective to the public story of Johnny Cash's private life -- and a strong testament to the woman at its center.

In 1951, Catholic schoolgirl Vivian Liberto meets handsome Air Force cadet Johnny Cash at her local San Antonio, Texas skating rink. Their whirlwind summer romance lays the foundation for a feverish three-year-long correspondence while Johnny is stationed in Germany. Thousands of letters later, the two marry upon his return in 1954. Within a year, a career blossoms and a family is started. By 1961, Johnny Cash is a household name, number one on the music charts, and perpetually on tour. Meanwhile, only two weeks postpartum, Vivian settles into their custom-built home in Casitas Springs, California with their four young daughters. Plagued by bobcats, rattlesnakes, all-hours visits from fans, and a growing resentment toward her husband's absence, Vivian is pushed to a near breaking point when she and her daughters are targeted by hate groups over her perceived race. In MY DARLING VIVIAN, we will meet the first Mrs. Cash as her daughters, Rosanne, Kathy, Cindy, and Tara, share with us first hand, for the first time, the entire story of love, isolation, fear, heartbreak, and survival.

Critic Reviews for My Darling Vivian

But the whole point of this illuminating and often moving film is that all of these people have a tale to tell - and one that's not as simple as Hollywood would have it.

It's an interesting movie... It's a sort of reclamation project to restore his first wife to some kind of prominence and not just an asterisk to his career.

Overall, I sort of wondered "Why?" Why am I watching this movie now? It's interesting... But there's sort of a lack of urgency to it.

My Darling Vivian does an admirable job of recounting the story of a woman who was ultimately far more than just a footnote in someone else's life.

This may be the most comprehensive film portrait of Liberto yet, but the absence of her own voice is still achingly felt.

My Darling Vivian is an unmistakably loving and sensitive portrait, an imperfect but impassioned attempt to makes the case that the easy Johnny Cash narrative is missing an important figure.

Even in her own memoir, Vivian was overshadowed by Johnny Cash. With this documentary, Vivian's family has succeeded in telling her story so that she is front and center where she belongs.

You don't have to be a fan of Johnny Cash to love this beautiful story of a beautiful woman told by her beautiful daughters.

A purely informational bio-doc that nonetheless tells an important story.

You don't need to be a country music aficionado to appreciate this documentary about the first wife of Johnny Cash, which also incisively brings new insight into how fame can tear apart a family.

Using an abundance of archival photographs, home movies, and news coverage throughout Cash's career, the movie paints a remarkably clear picture of the whirlwind romance...

It isn't so much the presence of country legend Johnny Cash that renders Matt Riddlehoover's "My Darling Vivian" so affecting, it's his absence.

There are no featured reviews for My Darling Vivian at this time.