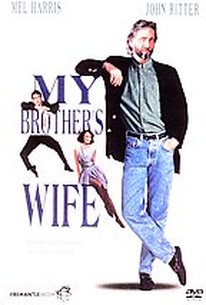 My Brother's Wife was adapted from A. R. Gurney's off-Broadway play The Middle Ages, but if you dig back a little you'll find a kernel of the plotline in Phillip Barry's 1928 play Holiday. John Ritter plays the flamboyantly nonconformist member of a staid Boston family. When he sees his future sister-in-law (Mel Harris), it's love at first sight. But neither act upon their impulses--not throughout the 1960s, the 1970s or the 1980s. The film finally catches up with Ritter and Harris at a family funeral, 27 years after their first meeting. Made for television, My Brother's Wife betrays its theatrical roots by confining most of its action to a single sitting room.

Critic Reviews for My Brother's Wife

There are no critic reviews yet for My Brother's Wife. Keep checking Rotten Tomatoes for updates!

There are no featured reviews for My Brother's Wife at this time.