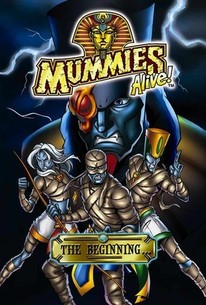 An ancient Egyptian power struggle continues in modern America when four mummies spring to life to protect the new incarnation of their prince from his evil sorcerer-nemesis, Scarab, in this entertaining animated series from the 1990s. But will the mummies' powers be any match for Scarab in the 20th century? Episodes in this collection include "Ra, Ra, Ra," "Sleepwalk Like an Egyptian," "Pack to the Future" and "The Gift of Geb."

Save your money and send this video back to the tomb where it belongs.

There are no featured audience reviews yet. Click the link below to see what others say about Mummies Alive!: The Beginning!