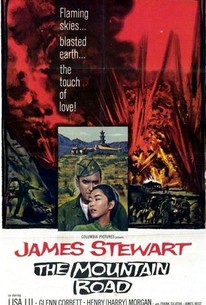 In this wartime drama set during WW II, a US Army major is assigned to travel to China with an eight-man demolition team and destroy all bridges and roads needed by the Japanese. They are assisted by two Chinese fellows. At one point the major blows of a mountain bridge that leaves thousands stranded. His escort is outraged by the major's lack of sympathy. The major's antipathy towards his hosts increases when two of his men are trampled by a hoard of starving Chinese who run to grab rations. Later two more of his men die at the hands of Chinese military deserters, prompting the vengeful major to order the destruction of an entire village. Hundreds of innocent people die, and at last the Chinese guide leaves them in disgust. In the end the major understands the wrong he has done.

Critic Reviews for The Mountain Road

Glum WW II drama that takes special care in showing the sensitive relations between the Chinese and American allies fighting the Japanese.

There are no featured reviews for The Mountain Road at this time.