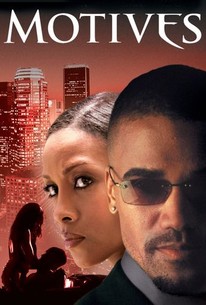 A man is forced to deal with the dire consequences of his actions in this drama. Emery Simms (Shemar Moore) is a guy who seemingly has it all: a successful business, the respect of his friends, and a beautiful wife, Constance (Vivica A. Fox); however, beneath the surface not all is well in Emery's world. He's been cheating on his wife with a woman named Allannah (Golden Brooks), and he's become unwittingly involved in a murder. Between a talkative witness to the killing and Allannah's former boyfriend who holds a grudge, Emery sees his world is starting to fall apart now that he has trouble he can't solve by throwing around some money. Motives also features Joe Torry, Mel Jackson, and Keshia Knight Pulliam.

Vivica A. Fox
as Constance Simms

There are no critic reviews yet for Motives. Keep checking Rotten Tomatoes for updates!

There are no featured audience reviews yet. Click the link below to see what others say about Motives!