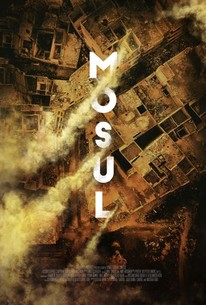 "Mosul" is a feature-length documentary built around several characters that come from the vibrantly diverse cultures and backgrounds that make up modern Iraq: Sunni Tribesman, Shiite Militias, Christian Fighters, and Kurdish Peshmerga. The story is told as a journey north along the Tigris River and into the heart of darkness as key participants fight to reclaim Mosul from the grip of the Islamic State in Iraq ("ISIS", also called "Daesh"). Told through the eyes of an Iraqi journalist embedded with Iraqi forces and provided with unprecedented access to unfolding events, "Mosul" reveals in stunning detail an apocalyptic battle against two unyielding enemies: violent islamic extremism -- and the sectarian mistrust and hatred that will remain long after the politicians declare victory.

Ali Mula
as Himself

While not exactly uncharted documentary territory, the Iraq conflict is thought-provokingly portrayed in "Mosul."

[E]mbedded Iraqi journalist Ali Maula acts as our guide and his musings on the situation in his homeland give this film an editorial and contextual anchor that will help viewers less familiar with the day-to-day socio-politics of Iraq.

It is harrowing, but if you can stomach it, it's an extraordinary thing to sit through.

Mosul thrusts the audience into its world with unwavering relentlessness while allowing ample time to reflect. Gritty, powerful and honest, the film begs to be experienced, discussed, and remembered.

The powerful documentary is comprised of combat footage and raw interviews taken by Iraqi journalist, Ali Maula from October 2016 to August 2017.

There are no featured audience reviews yet. Click the link below to see what others say about Mosul!