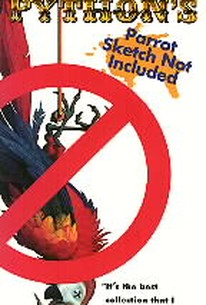 This is a retrospective of the British comedy troupe on their 20th anniversary. Hosted by comedian Steve Martin, many of the group's most famous routines are showcased. Included are such gems as the Spam diner, the lingerie-clad lumberjacks, and the officials from the Ministry of Silly Walks. ~ Brian Gusse, Rovi

Steve Martin
as Host
View All

There are no critic reviews yet for Monty Python's Parrot Sketch Not Included. Keep checking Rotten Tomatoes for updates!

There are no featured reviews for Monty Python's Parrot Sketch Not Included at this time.