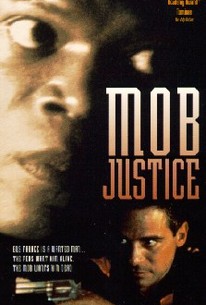 The fact-based TV movie Dead and Alive bears a remarkable resemblance to the plot and structure of the 1931 Fritz Lang classic M. A cocaine-addicted cop killer (Tony Danza) is on the loose, managing to elude the authorities at every juncture. The killer has known mob connections, so the police put the pressure on the city's head criminals. Buckling under, the Mob puts out a contract on Danza--while the head investigator trails the hit men in order to bring the killer in alive. Ironically, the main good guy in Dead and Alive is played by Ted Levine, previously cast as the serial killer in Silence of the Lambs (1991).

There are no critic reviews yet for Mob Justice. Keep checking Rotten Tomatoes for updates!

There are no featured audience reviews yet. Click the link below to see what others say about Mob Justice!