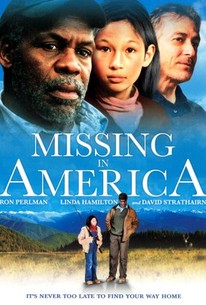 A reclusive Vietnam veteran finds his quiet life thrown into chaos upon receiving an unexpected visitor in this tale of friendship and healing starring Danny Glover, Linda Hamilton, and Ron Perlman. Though 35 years have passed since Jake (Glover) returned to American soil after fighting in the Vietnam war, the horrors of the battlefield still linger vividly in his mind. Instead of returning to the hustle and bustle of the city, Jake has chosen to seek solitude in the serene forests of the Pacific Northwest -- cutting all ties to modern society save for the occasional trip into town for supplies. When a terminally ill army buddy appears on Jake's doorstep pleading with his old friend to take care of his young daughter, the gruff veteran reluctantly accepts. As the bond between Jake and his new charge strengthens, the seeds of their growing friendship sets into motion a healing process that will reach beyond Jake to affect an entire community of forgotten war veterans.

Colin Lawrence
as Jake
View All

Critic Reviews for Missing in America

There are no critic reviews yet for Missing in America. Keep checking Rotten Tomatoes for updates!

Audience Reviews for Missing in America

There are no featured audience reviews yet. Click the link below to see what others say about Missing in America!