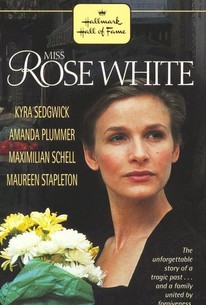 In this Hallmark Hall of Fame TV film set in the post-war era, Kyra Sedgwick is the title character, a New Yorker who has long kept her Jewish heritage under wraps. Born in Poland but sent to the U.S. before the Holocaust, the young career woman receives word that the older sister she presumed was dead has in fact survived the Nazi terror and is coming to America, forcing Rose to confront her own past and future.

Tom Mardirosian
as Henry
View All

There are no critic reviews yet for Miss Rose White. Keep checking Rotten Tomatoes for updates!

There are no featured reviews for Miss Rose White at this time.