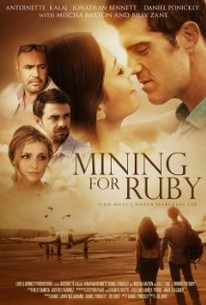 JACK (Daniel Ponickly, "Mona Lisa Smile", "Raw Cut") is a widowed "end-of- the-roader" struggling with his continued depression as he falls for RUBY (Antoinette Kalaj, "Riddick", "Don Jon"), a passionate environmental engineering grad student who is embroiled in a poisonous waste controversy that threatens to shut down the biggest industry in her state. Prodded by his sister (Mischa Barton, "The O.C.", "The Sixth Sense"), Jack finally leaves his cabin for the first time in months and meets Ruby, only to be confronted by her crazed ex-boyfriend, ANDREW (Jonathan Bennett, "Mean Girls", "Van Wilder"). Meanwhile, against the warnings of her mentor, PROFESSOR GOODWELL (Billy Zane, "Titanic", "Zoolander"), Ruby exposes the city to an environmental crisis, thrusting her grant funding - and her ticket out of town - into jeopardy. As their friendship blooms into something deeper, Ruby and Jack help each other find the courage to dig themselves out of their respective depressions, overcome their fears, and discover that love can be found in the most unlikely of places - even in Alaska.

Critic Reviews for Mining For Ruby

There are no critic reviews yet for Mining For Ruby. Keep checking Rotten Tomatoes for updates!

There are no featured reviews for Mining For Ruby at this time.