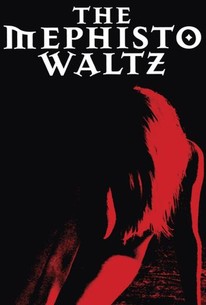 Adapted from a Fred Mustard Stewart novel, this offbeat occult thriller stars Alan Alda (just prior to his eleven-year stint on M*A*S*H) as journalist and burgeoning musician Myles Clarkson, whose long-sought interview with ailing concert pianist (and closet Satanist) Duncan Ely (Curt Jurgens) leads to a mysterious ritual in which Ely's soul is transferred into Clarkson's body at the moment of the elder man's death. Further complications ensue when Myles' wife Paula (Jacqueline Bisset) discovers the none-too-subtle change in her husband's behavior, and she is pulled deeper into Ely's twisted circle. The plot thickens as further soul-swapping, dark family secrets, and demonic possession come into play. A heavy sense of doom pervades this bizarre film, thanks to some offbeat cinematography and eerie music, as well as some truly shocking setpieces courtesy of prolific TV director Paul Wendkos, who helmed the excellent Legend of Lizzie Borden. The prosaic Alda lacks the dangerous edge his character demands, but Bisset's performance is chillingly effective. ~ Cavett Binion, Rovi

Terence Scammell
as Richard
View All

Critic Reviews for The Mephisto Waltz

You get the notion that the people who made the film didn't take magic seriously enough. I don't mean they should believe in it; but they should have made a film that pretended to.

It will frighten you... with boredom!

The cast performs well, with an energy that belies the obvious hokum.

Audience Reviews for The Mephisto Waltz

There are no featured audience reviews yet. Click the link below to see what others say about The Mephisto Waltz!