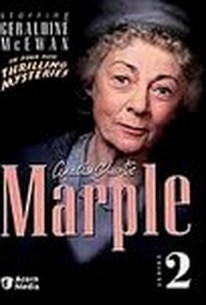 When Jerry Burton moves to Lymstock to convalesce after a motorcycle crash, he meets villagers who traffic in gossip and double-entendres. But the accusations in several anonymous poison-pen letters go beyond the usual prattle. In fact, scandalous hate mail leads two citizens to commit suicide. Or were they murdered? With her kneen powers of observation and quiet common-sense analysis. Miss Marple uncovers the shameful secrets that send a quaint village into turmoil.

There are no critic reviews yet for Agatha Christie - Marple: The Moving Finger. Keep checking Rotten Tomatoes for updates!

There are no featured reviews for Agatha Christie - Marple: The Moving Finger at this time.