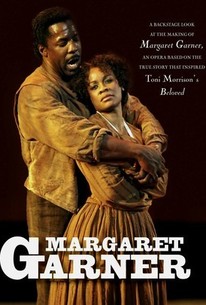 Though officially a work of fiction, Toni Morrison's bestselling roman Beloved pulled inspiration directly from the tragic real-life case of pre-Civil War slave Margaret Garner. Garner made national headlines for escaping from bondage and killing her daughter, to save the poor girl from an inevitable return to slavery. In fact, Garner's story not only inspired Beloved, but prompted Morrison to author the libretto for an opera named after the 19th century woman and funded by three different opera houses. The documentary Margaret Garner profiles Garner's tale and interweaves it with the story of Denyce Graves, the African American mezzo soprano chosen for the lead in the operatic production, who struggled with her own difficult upbringing in Washington State. ~ Nathan Southern, Rovi

Compelling documentary on the creation of the racially-charged opera.

There are no featured reviews for Margaret Garner at this time.