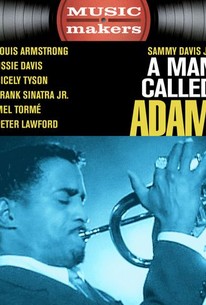 A star-studded cast invigorates this film of a jazz trumpeter (Sammy Davis Jr.) who experiences both the prejudices of the music industry and terrible guilt following the traffic accident that killed his family, a tragedy he feels personally responsible for. Co-stars include several giants of jazz and popular music: Frank Sinatra, Louis Armstrong, Ossie Davis, and Mel Tormé, as well as Peter Lawford and Cicely Tyson.

Mel Tormé
as Himself

Kai Winding
as Himself

There are no critic reviews yet for A Man Called Adam. Keep checking Rotten Tomatoes for updates!

There are no featured reviews for A Man Called Adam at this time.