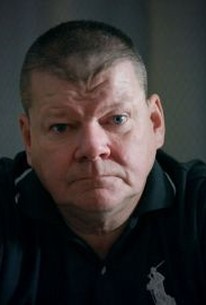 The story of Britain's biggest ever food scandal. Since 1996, almost 200 people have died from vCJD, whilst the cattle disease BSE has been responsible for the death of over four million cows. It has cost the NHS over a billion pounds and virtually destroyed the British beef industry in the 1990s. Beneath the statistics is a story of greed, corruption and catastrophic political misjudgement by the then Conservative government. With access to all of the politicians, scientists and families who have been defined by this epidemic, this film pieces together a forgotten chapter of our recent history. In March 1996, the health secretary Stephen Dorrell stood up in parliament and announced that a new fatal disease had been discovered called vCJD. This disease was untreatable, incurable and almost the entire British population had been exposed to it. Nobody knew how big the epidemic was going to be, but there had already been ten victims that year.

The documentary pulled no punches in spelling out that there is no test, no cure, no treatment, no way of knowing how many people are silently infected. And this was all preventable, a man-made disaster.

The footage of young people stricken with the human version, variant Creutzfeldt-Jakob disease, was too distressing to bear -- especially as nearly all of it was filmed on family home video cameras.

There are no featured reviews for Mad Cow Disease: The Great British Beef Scandal at this time.