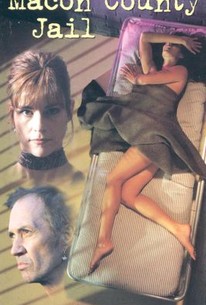 This drama, which bears a certain resemblance to Jackson County Jail, also produced in part by Roger Corman, stars Ally Sheedy as a woman who ends up in a jail in the Deep South on trumped up charges, where she must fight to survive, with the unexpected help of fellow prisoner David Carradine. Macon County Jail has also been shown under the titles Crossroads of Destiny and Jailbreak.

There are no featured reviews for Macon County Jail at this time.