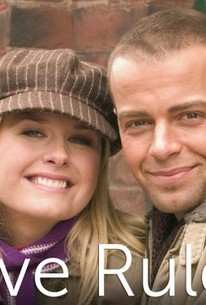 After a blissful year of living together, Kelly (Maggie Lawson) and Michael (Joey Lawrence) decide to get married. All they want is a small, simple, old-fashioned ceremony, without the "bells and whistles" attending most contemporary weddings. Alas, Kelly's control-freak mother Carol (Marilu Henner) had other ideas--and if that isn't bad enough, the couple's friends have come up with a plethora of discouraging words about matrimony, otherwise known as "The Rules of Engagement" (which was the working title for this film). A broad but generally credible made-for-cable comedy in the tradition of Father of the Bride and Betsy's Wedding, Love Rules! made its ABC Family Channel bow on June 6, 2004.

Adam MacDonald
as Brian
View All

There are no critic reviews yet for Love Rules!. Keep checking Rotten Tomatoes for updates!

There are no featured reviews for Love Rules! at this time.