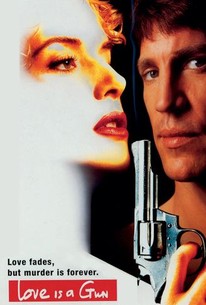 Love Is A Gun Photos

Eric Roberts stars as Jack Hart, a police photographer who finds a photo of toothsome Jean (Kelly Preston) in his locker. Though he's never met Jean, Hart has no qualms about declaring his fascination with this mystery woman. Thus, when Jean turns up murdered, guess who's the Number One suspect? If nothing else, Love Is a Gun proves that Eric Roberts, despite his well-publicized private travails, can still carry a picture.

Frank DiPaola
as Cop at Tenement

Critic Reviews for Love Is A Gun

There are no critic reviews yet for Love Is A Gun. Keep checking Rotten Tomatoes for updates!

Audience Reviews for Love Is A Gun

There are no featured audience reviews yet. Click the link below to see what others say about Love Is A Gun!

Love Is A Gun Quotes