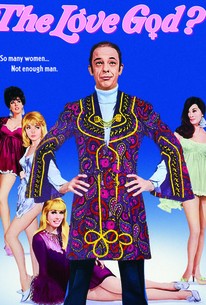 A geeky editor of a bird watchers magazine comes back from an expedition to find himself a national sex symbol in this comedy. Later a fellow buys the publication and turns it into a magazine for men. Trouble ensues when the first fellow must admit that he is untried in the sexual arena.

Terri Harper
as Delilah
View All

Critic Reviews for The Love God?

Audience Reviews for The Love God?

There are no featured audience reviews yet. Click the link below to see what others say about The Love God?!