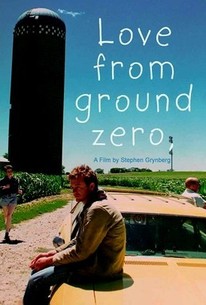 Stephen Grynberg wrote and directed this drama, an indie road movie about three strangers who meet at the New York funeral of a mutual friend. They set out for Montana to scatter his ashes. Henry's Southern girlfriend Samantha (Jacqueline McKenzie) is joined by Henry's childhood friend, bureaucratic Walter (Pruitt Taylor-Vince), and Henry's college pal Eric (Simon Baker-Denny). The trio uses postcards instead of a map as they head westward in a Kerouacian journey, narrated in voiceover by the dead Henry (Sam Robards). Along the way, Walter and Samantha become a twosome, and Eric gets involved with a roadside waitress. A former encyclopedia salesman (James Gammons) briefly rides with the group. After Eric and Samantha fight, Eric starts hitchhiking, but they reunite. In Missoula, there's a stopover to see Alex (Kathryne Erbe), Eric's former girlfriend, before they continue on to their destination. The title is a reference to the South Dakota town where the government once kept the M-10. Shown at the 1998 Hamptons Film Festival.

There are no critic reviews yet for Love From Ground Zero. Keep checking Rotten Tomatoes for updates!

There are no featured reviews for Love From Ground Zero at this time.