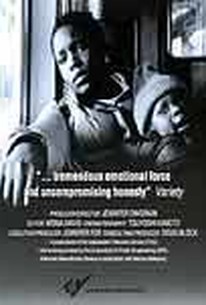 Jennifer Dworkin taught photography workshops in the New York City shelter system, and that's how she eventually met the subjects of her documentary, Love and Diane. Diane Hazzard is a single mother of six children and a recovering crack addict living in Brooklyn. As the film opens, one of her daughters, Love Hinson, has just given birth to a baby boy, Donyaeh. Love and Diane follows the family's trials over nearly three years, as Diane struggles valiantly to reunite her family and regain the trust of her children. Love, meanwhile, deals with her own history of abuse and her HIV-positive status as she fights to maintain custody of Donyaeh. Love's fitness as a parent is called into question as she grapples with depression, and with her powerful rage at her mother and the world. Diane's efforts to hold her family together after it has been wracked by tragedy are thwarted by a well meaning but inept child welfare system. Donyaeh, meanwhile, grows up a miraculously bright and happy little boy. Dworkin's film was shown at the 2002 Locarno Film Festival, where it shared the Golden Leopard Video prize. It was also selected for the 2002 New York Film Festival.

Presents a story as insightful as it is harrowing.

It is a movie about the real challenge of heroism.

A velvet-swaddled, iron-fisted documentary that will set standards of vérité filmmaking for years to come.

A serious and illuminating documentary that, at two hours and 35 minutes, fully devotes itself to painting a family portrait seldom allowed such rich cinematic detail.

It's Dworkin's empathy that allows one to understand Diane and Love's experience and to care about what happens to them, or at least to ask if passivity in the face of injustice makes us more like Love than we would think.

Compelling from beginning to end.

Primarily of interest to those in the helping professions, Director Jennifer Dworkin presents this less as a case study than as a study in survival, and proves that strength of character often exists even in situations where abuse has occurred.

An eloquent, unaffected panegyric to a family which confronts every imaginable burden of poverty.

There is meat of humanity here, love both true and forlorn, little shaping beyond the choice of what to include.

["Love & Diane"] is an ideal documentary for a two-part POV on public television and is a remarkable feature for docu-maker Dworkin.

There are no featured audience reviews yet. Click the link below to see what others say about Love & Diane!