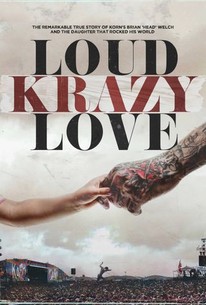 Brian "Head" Welch was an early '90s rock pioneer with his band Korn, giving a voice and identity to a generation of misfits. In KORN'S BRIAN "HEAD" WELCH: LOUD KRAZY LOVE, directors Trey Hill and Scott Mayo retrace the harrowing journey Welch faced after the birth of his daughter Jennea, when he walked away from career success to clean up his act to father his daughter in the only way he found acceptable. Far beyond a rock doc, this transformative coming-of-age story grapples with teenage depression, the quest for identity and the hope of a father willing to do anything for the one he loves.

Transcends the usual rock-doc formula to create a fascinating account of one mans messy journey of faith, family and nu-metal.

There are no featured audience reviews yet. Click the link below to see what others say about Loud Krazy Love!