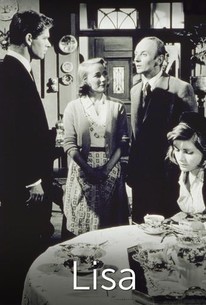 Dutch detective Peter Jongman (Stephen Boyd) closely observes the actions of an ex-Nazi suspected of being a white slave trader. He saves Lisa (Dolores Hart), a victim of Nazi "experiments" after a showdown with the villain in London. Peter takes a liking to the girl since she resembles his late wife who died at the hands of the Nazis during the war. He makes a promise to deliver Lisa to Palestine, and the couple travels to Holland and France in an effort to find someone to smuggle her to her desired destination.

There are no critic reviews yet for Lisa. Keep checking Rotten Tomatoes for updates!

There are no featured reviews for Lisa at this time.