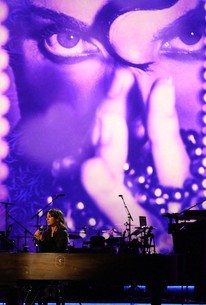 The Prince tribute is just fun, celebratory in a way that things used to be when people were allowed to stand much closer than six feet from each other and dance their hearts out to "Baby I'm a Star."

This is a worthy tribute special, as long as your expectations are not that anyone on it will ever actually go crazy.

There are no featured reviews for Let's Go Crazy: The GRAMMY Salute to Prince at this time.