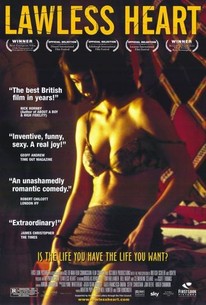 Critics Consensus: Unconventional and refreshing, this strikingly un-Hollywood film takes a quiet and heartbreaking look at the warmth and inspiration of friendships lost.

Critics Consensus: Unconventional and refreshing, this strikingly un-Hollywood film takes a quiet and heartbreaking look at the warmth and inspiration of friendships lost.

Critic Consensus: Unconventional and refreshing, this strikingly un-Hollywood film takes a quiet and heartbreaking look at the warmth and inspiration of friendships lost.

Devastated by Stuart's death, his brother-in-law, lover and best friend decide to take their lives in hand. Dan is a faithful and loving father and husband, until the day he meets Corinne. This buxom and sublime Frenchwoman seduces Dan with her honesty and hedonism, so much so that he wonders if he hasn't missed out on life. Nick, a homosexual restaurant owner, begins a relationship with a high-spirited young woman right after losing his lover, Stuart. When their apparently innocent relationship takes a more intimate turn, Nick is troubled by his feelings for his female comrade. Tim, carefree and charismatic, comes home after eight years abroad. Still looking for that "elusive something" that has been missing in his life, Tim finds it in a woman who works in a fashion boutique. But confronted with his future for the first time, the only thing that stands in the way is this unknown woman's past.

Will Hunter
as Justin

Harry Dillon
as Will

Hari Dillon
as Will

Barney Clarke
as James
View All

It has the emotional wallop of a Mike Leigh offering and the acute intelligence of an early John Schlesinger effort. This is a film about learning how to seize the day. And this is a film that does just that.

Hunter and Hunsinger show what can happen if you opt instead for the humour that accompanies can-I-feel? quiet. Turns out wit and warmth and keen observation produce their own euphoria -- what you might call a natural high.

A guy's flick whose charms are many and faults are few.

A modern and mature story about love and loving, a film as intelligent as it is charming.

Lawless Heart is so well crafted, so original, that each overlapping scene swells with new life and interpretation.

The situations are forced; love blossoms way too easily; and the characters are downright daft.

Subtle in its use of cause and effect, Lawless Heart is a light-hearted study of relationships and regret, of last chances and lessons in love.

Like so many British movies, it seems made for actors who make what they humanly can of it, their expertise meshing.

The skill with which these temporalities are connected is considerable.

Never shouts out its emotional explorations. Instead, it employs a soft, secure voice, and the viewer is lulled even more by the authentic, unadorned performances of a strong ensemble.

There is a real honesty to this British comedy-drama that is appealing, and which also makes its soap-opera plot a bit easier to swallow.

After a man's funeral, three stories featuring friends and relatives of the deceased are interwoven. I really enjoyed this film's concept. When the first story ends and the film focuses on another character, the film becomes a kind of mystery as we try to figure out what all the incidental details of the story mean. It's creative and original without being flashy like a bad Tarantino imitation. Strong, understated performances by the three leading men, Douglas Henshall, Tom Hollander, and the incomparable Bill Nighy, and Josephine Butler are helped by intelligent dialogue. However, I did think that each story ended too soon, which originally added to the film's suspense, and when I still wanted more answers by the end of the film, I felt like I had been cheated. What happens with Dan's marriage? What is Nick's response to Tim's final question? I think the film was trying to be subtle, but this element didn't play. Overall, Lawless Heart -- I have no idea why that title fits -- is a creatively constructed film and worth the time.

Okay. What more is there to say.

I really like these kind of movies which every character has a story and we see the relationship between them from different point of views. Lawless Heart has a tripartite narrative structure and in each we undrestand more about the details of the whole story. This movie shows the relationship between different people and ofcourse the role of heart, lawless heart. Hollander,Hershall & Nighy are great. I really enjoyed this pleasant comedy/drama & I loved the ending. Oh I forgot the music score is fantastic and I'm Looking for it right now.